The origin of this fine blog is seated in the furiously clacking fingers of Jake Buehler and his faithful and overworked HP laptop. Jake is a recent graduate of the University of Oregon, and of the Robert D. Clark Honors College. With his B.S. and training in biology (specifically evolutionary biology and ecology), his life is currently in awkward transition as he dreamily anticipates the entering of grad school so he can become a full-fledged scientist.

In the summer of 2011, before the ink on his diploma had even congealed in the wet Eugene air, it occurred to him that there was a vast reservoir of biological knowledge that he had sopped up during his 22 obsessive, information-hoarding years. Much of this information, as he was painfully aware, was hard to access from outside a biologist’s perspective. It was recalling the ferocity and predatory nature of the commonly underestimated ladybug as one serenely walked across the outside of a window at a Qdoba burrito joint that birthed Shit You Didn’t Know You About Biology. Jake realized that perhaps he could share the fuller context of the biological world around us all that he took for granted every day. The goal then became an educational celebration of interesting and underappreciated understanding about life, and to contribute to enhancing the resolution we hold on our world one irreverent blog post at a time.

But it couldn’t be stale. Dry. Clinical. There couldn’t be a wall of vocabularic prerequisites that pumped readers full of reading-induced Ambien half a paragraph in. It had to be fun, memorable, integrative, relatable, and accessible.

As of August 2013, Jake is a graduate student at the University of Hawai’i at Manoa in the Marko lab, where he plans to forge ahead towards his PhD and work towards contributing to our understanding of speciation in marine environments and marine phylogeography (particularly in the Pacific basin).

(Note: the banner at the top of this blog features Jake Buehler’s personal photography from his many outdoor adventures living in the Western U.S. More examples of his photography can be found here, at his landscape photography blog, Nearctica) 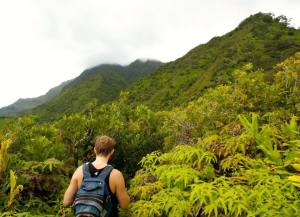